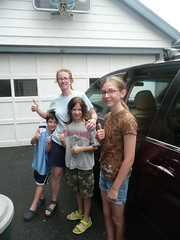 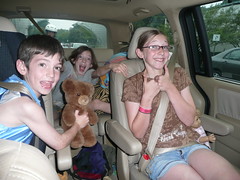 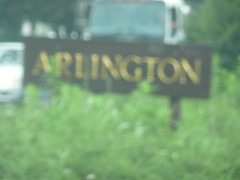 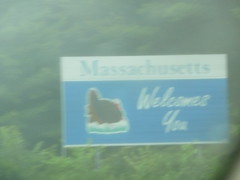 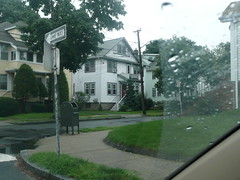 On Thursday after school/work, our good family friend Alexx drive us to the airport. We arrived around 4:00 for our scheduled 6:10 boarding and 6:40 flight. The Air Canada section of the terminal was small and quite crowded, but we were able to find 4 seats relatively close together. And after a flight or two left, we were able to be all together, though Clara wandered off to the big charging table to top off her phone.

The 5:40 flight to Montreal was significantly late, and we began to get a bit anxious about ours, as the plane had not arrived by 6:00. I’m not sure exactly when it did, but they turned out around relatively quickly, and we left sometime around 7:20. It’s a short flight, but we didn’t have a lot of leeway in our schedule. Our flight out of Montreal was scheduled to depart at 8:50. We got to Montreal around 8:20, but everything takes a while, and as we were hustling to the departure gate, which of course was basically at the other end of the terminal, they announced final boarding for our flight. So we really hustled the last bit only to stand in line at the end of the jetway. That flight left about a half hour late, but got to Geneva on time.