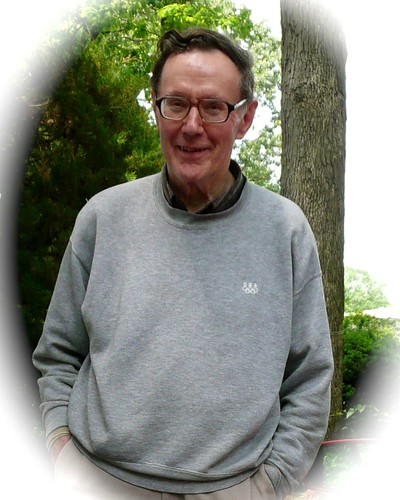 My father died this past Veteran’s Day, at the nursing home he lived at just over a month. He had not been well, but I think we were blind to how quickly he was going downhill. He suffered from Parkinson’s and dementia, but after countless neurological consults, nobody could apply a definitive label to his condition. Not that the label is really important, but it’s a convenient handle by which others can grasp at a condition: “Ah, Alzheimer’s. I knew someone with Alzheimer’s. Terrible thing.”

What follows is the eulogy I did my best to deliver at his funeral, this past Friday, November 19.

My father, Paul Stewart, or Jim, as you may have known him, had a good, long life. Over the course of his 81 years, he was a loving son, brother, husband, father, and grandfather. He grew up mostly in the suburbs of Chicago, during the Great Depression and the era of World War II.

Unlike the rest of his athletic family, his naturally strong body wasn’t what brought him the most joy, it was his mind. He loved school — first as a pupil, then as a teacher. He graduated from the University of Illinois with a B.A. in History, then went on to Columbia for his Master’s Degree.

He had intended to study Russian History there, but when he arrived, he discovered that he had somehow applied to the wrong program. But as he generally did, my dad rolled with the punches, and studied European History, which became his life-long passion. His schooling was then interrupted while he served 2 years in the Army during the Korean War. He enjoyed his time in the service, which was largely spent in Japan.

Thankfully, the Army recognized his intelligence, and gave him an office post, so he avoided combat. Upon his return from the War, he went on to earn his Ph.D. from the University of Illinois.

In 1960, he married Josephine Smania, and they spent the first year of their marriage in Spain on a Fulbright scholarship, while my dad researched Spanish history. When they returned, he taught in Lafayette, Louisiana, then at Lawrence College, in Appleton, Wisconsin, where my sister was born, then at Washington State, in Pullman, where I was adopted. Our family then moved to Champaign, Illinois where my dad had a special one year appointment at The University of Illinois. That was followed by a position at the University of Wisconsin at Whitewater, before we settled down in Connecticut. My folks, both mid-westerners, were a little apprehensive about the move to the East Coast and New England, but it turned out to agree with them. My dad taught at Southern Connecticut State University for 22 years, from 1970-1992. 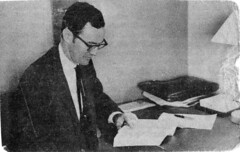 And my folks lived on in the little house that they bought in 1974 through 2009, before finally succumbing to my pressure to move in downstairs from us. Their time here was not exactly what any of us had envisioned, but I am grateful for every day we had together.

My dad was truly a gentleman and a scholar. He would never fail to smile and hold a door open for a woman, nor fail to give up his seat on the bus either, even in his old age. Always polite, always courteous, never arrogant or boastful, never mean or spiteful. Almost always patient, with everyone except himself. The only malice I can remember in him was directed towards the Gypsy moth caterpillars that some years threatened the trees in his yard. Those he squished with abandon, and perhaps a little glee.

He was the consummate professor, spending most of his time in his home office reading, grading papers, preparing lectures, and writing his books. While I knew he was doing important work, and we were discouraged from interrupting him, he never seemed to resent interruptions. And though my one-on-one time with him for games (and other such childish pursuits) tended to be parcelled out in half-hour chunks, his teaching job meant that he was around home much more than other kids’ dads, and he was always approachable.

When he wasn’t working in his office, dad could almost always be found doing something useful — cleaning the house, doing yard work, refinishing furniture. He may not have been the most handy person with a hammer and screwdriver, but he had a real way with refinishing. He would pick up pieces of furniture that was left on the curb for trash, bring them home, and restore them. I suspect that half the pieces of furniture in our house were trash picks that he resurrected. And when he was working on those projects, he loved to listen to music. His two favorite radio programs were the live broadcast of the Metropolitan Opera, and a Latin Jazz program, partly because he enjoyed the mental exercise of hearing the Spanish. He also enjoyed singing, and would croon popular songs from the 40’s or maybe early 50’s while working. Not one for luxuries, he refused to buy a car with a radio, so on long trips (and there were many, as we never flew anywhere), we would often sing to pass the time.

As a child of the depression, my father was a life-long saver of money. He was, though, always generous with others: he loved buying jewelry for my mom, sometimes rather extravagant pieces. But he was invariably frugal with himself. In fact, I suspect my mom bought him most of his clothes. He would wear socks and t-shirts until they were threadbare. And then he would wear them more. In fact, I think my mom had to cut up his old clothes into rags to ensure that he wouldn’t wear them any longer. And they wouldn’t last long as rags! This thriftiness was such an integral part of him, so ingrained in his being, that I’m pretty sure that even with his dementia, he must have been aware that his Medicare coverage was running out at the nursing home, and he couldn’t stand the thought of all that money being spent on him. I’m convinced that was what did him in.

As an adult now (or nearly so), and as a father myself, I appreciate all the more the man that he was. As I strive to be a good husband and father, I know that I have a good example to follow. And while he may have set the bar impossibly high, I know that my dad’s spirit will always be with me to encourage me to do my best. 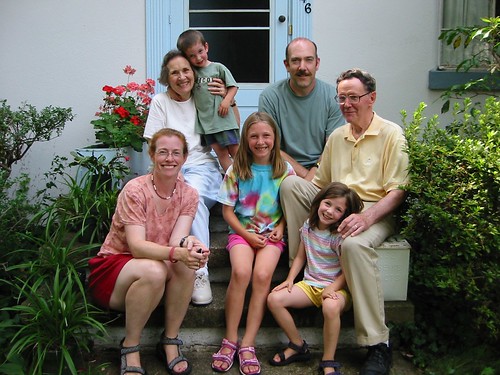 The Keefe Funeral Home has setup an online memorial as well, where you can leave memories.