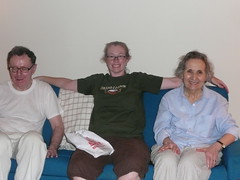 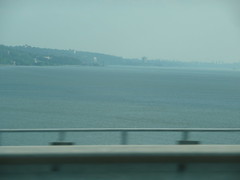 I wrote a while back about our most recent car purchase, a 2011 VW Jetta Sportwagen TDI. I confess I’ve really enjoyed the car. It’s fun to drive, it has enough passenger and cargo space to be useful, it gets very good mileage (so I don’t feel awfully guilty the vast majority of times when I’m alone in it), and it’s environmentally friendly, incorporating VW’s “Clean Diesel” (oh, the irony of that link bringing up a 404…) technology. Or so we all thought.

As it turns out, Volkswagen was pulling a fast one. Unfortunately, they couldn’t get the great mileage they wanted to provide at the same time that they could reduce emissions sufficiently to pass EPA muster. It was interesting for me to learn that there is a trade-off here. I would have thought that burning the fuel more efficiently meant lower emissions. And perhaps that is true, but apparently it can mean more of the emissions that are harmful. For a software engineer, it turns out the answer to this conundrum was straightforward — you don’t need to do them both at the same time. Apparently, according to someone at VW (engineer? management? the engineer in me wants to think/hope it was the latter), you can generally run dirty with good mileage, but when there’s no steering input, you can assume that emissions testing is taking place (or idling) and then you can turn on all the fancy emissions reduction equipment.

I must say, this is very distressing to me. The purchase decision was made in large part from an honest attempt to be environmentally conscientious. As outlined in the earlier post, we bought a used car intentionally; we didn’t buy a hybrid out of concern for the environmental impact of mining the metals that go into the batteries; also, diesel fuel is less refined from crude than gasoline, so my gut tells me (the same gut that tells me efficiency == less emissions) that there must be some environmental cost to the additional refinement of gasoline; diesel fuel is more energy dense than gasoline, so transporting it is more economical; and miracle of miracles, VW had solved the emissions problem. Hallelujah! Now, it’s pretty challenging to get a good, accurate, complete “cradle to grave” analysis of the environmental costs of one car vs. another, but what I’m hoping to convey here is that we gave it some considerable thought to the issue, and intended to do “The Right Thing.”

I have expounded to countless friends and colleagues on the virtues of VW’s “Clean Diesel” technology, the problems of other technologies (i.e. hybrids). I was a walking VW ad at times. I would gleefully point out how I could accelerate uphill at 70 m.p.h. and still get better fuel mileage (thanks, MFI!) than my previous vehicle (a Ford Ranger) averaged with mostly highway driving. I proudly drove this car. I even had mental plans for creating a special TDI badge for the back of the car that would recognize when it passed another TDI and “blink hello” in TDI solidarity and camaraderie.

Now, I confess to being somewhat ashamed about driving the car. I want to put a big “Sorry, I didn’t know!” sign on it. I used to always suggest to Susan that we take the wagon instead of the van when we didn’t have a van load of people, and especially for longer trips. Now all I can think about is the fact that I’m spewing up to 40x the EPA limit of NOx when I drive. And that hurts.

So what is Volkswagen up to now? I’d like to think that in the intervening years since they hacked the software in this engine, they’ve been working diligently to make the promise of Clean Diesel a reality. But if that were true, I think we’d be hearing something telling us they’re close. But we’re not. So I hope that VW has their best and brightest working tirelessly on this now, and until it’s solved. And by solved, I mean delivering on the original promise of Clean Diesel — EPA approved emissions under real world conditions while providing the power and fuel economy we TDI owners have come to know.

Besides which, now my father-in-law is now teasing me about (cheating) VW being the official car of The (cheating) Patriots. Ouch. But at least I can stand up for the Patriots.