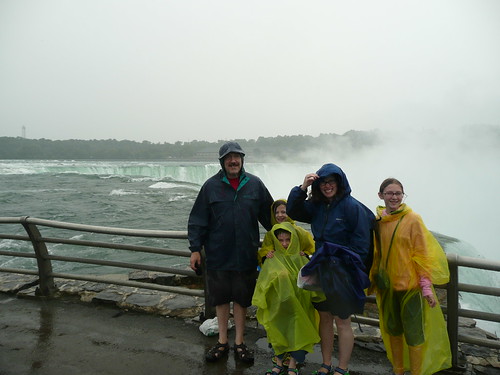 And as Sam warned us, it truly is more spectacular in person than photos would indicate. When we left our hotel this morning, it was 80 degrees and sunny. By the time we got to Niagara, we had driven through some rain and the temp had dropped 12 degrees. When we arrived, we were practically forced into a commercial parking lot rather than the one for the state park, by an aggressive flag man. In the end, the parking fee was the same, but we had to walk through a commercial Visitor Center that was made to appear as though it were the official one, and we were given quite a  hard sell on a bus tour. In the end, we decided to hoof it, and walked to a bunch of the attractions there.

12 thoughts on “Did you think Niagara would be Dry?”